I had been planning to head up to the Donnie Smith Car & Bike show as I try to attend this show every year, its less than 2 hrs away from my house and its the biggest Motorcycle show in the Midwest, plus Donnie Smith is a bike building legend so its kind of big deal in the motorcycle world.

My wife was able to get the day off from work and joined me for my adventure!

For awihle now I've known that my Ram truck has been in need of different exhaust because the exhaust that was on it was all roached out and falling apart, but I had been ignoring it untill the one side of exhaust that was left finally broke and was just hanging there earlier this week. so my buddy hooked me up with some exhaust that he was no longer in need of and Friday night after work another one of my friends helped me install it...

I tell you that story because Saturday as we headed up to the St. Paul River Center for the Donnie Smith motorcycle rally the weld on the Drivers side exhaust hanger broke, I couldnt figure out why so many people we're honking at me and making what I thought were rude gestures in my direction, once we got parked I quickly realized why.

but I MacGyvered it a little bit and it seems okay for the time being!

The show was great as always lots of nice bikes which you can check out in the video and so many people it was tough at times to get decent video of the bikes, but we had a good time checking them out and walking through the swap meet, we than heaeded up stairs to check out the car part of the show.

After the bike & Car Show it was well past Lunch time so we were hungry, my wife and I had talked about going to Hells Kitchen ( not chef Ramsays) the one in Minneapolis which I highly recomend if you ever in the area.

but I recomended that we try something new and we decided to hit up one of the two main rival spots in Minnesota for the famous Jucy Lucy, two ground beef patties with melty cheesy goodness sealed in between them, when we arived at Matts Bar there was a line of people out the door, probably a good sign but is it worth waiting for was what I was thinking. well a few local people thought mayby not and they left so we quickly made it inside the doors and out of the 40 degree weather.

The line actually moved pretty fast maybe a half hour from the time we were waiting outside untill the time we we're seated inside and in no time at all the waitress was taking our order, (I wish I would have gotten her name but I didn't)

and our drinks which for me was a Grain Belt Premium because I highly enjoy them, you can judge me if you want but just so you know I ordered a second one when I finished the first.

while we were waiting in line we watched the Grillmaster flipping Jucy Lucys right behind the bar.

there was not alot of room back there but you could tell that they had a good system in place and had obviously worked at it for awhile.

If you are wondering if the Jucy Lucy at Matts Bar was worth waiting for... the answer is oh heck yes it was worth the wait and I would gladly wait for it again!

After that we headed south to Burnsville MN and made one final pitstop at Burn Premium Cigars where I picked up a couple more cigars to continue trying to fill my coolidor, hey I had to try out this Skeeter by Crux cigars!

so that was our Saturday adventure!

by the way my temporary exhaust fix held up fine so we had no issues on the way home...

Here is the video from the Bike show I hope you'll enjoy it!

How to update your Boom!™ box audio Software 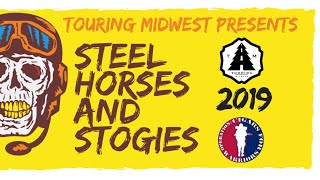 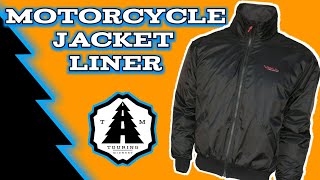 Are you thinking about fathers day yet? 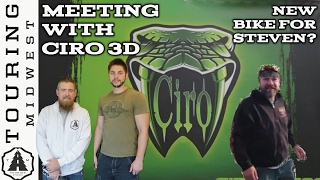